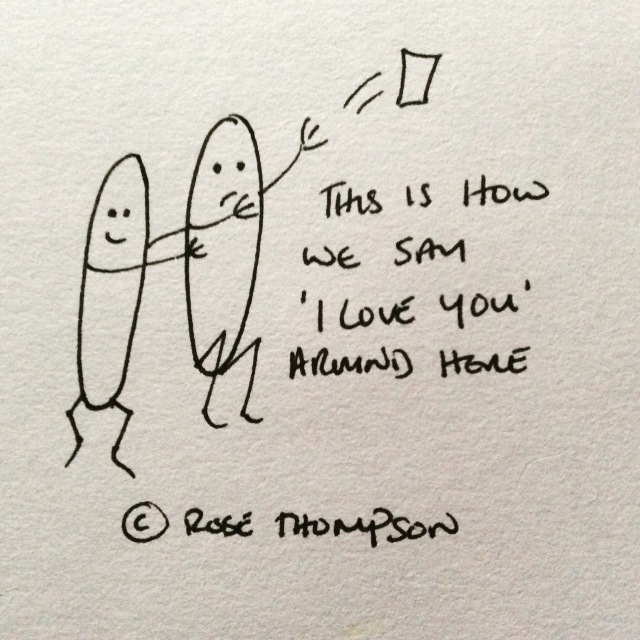 My boyfriend and I have had this quite long running joke now that he should start a blog called ‘poor boyfriend’ because he does a lot of things that free up time and space for me to be creative, like chunks of the house work. I’m probably a bit challenging to live with, given the old artistic temperament and my love of indulging in childish and playful things at times that aren’t always that well chosen. He’s also super tidy and I’m…. not. The concept was a kind of diary from the point of view of a rather put upon boyfriend living with a ‘creative’. I really like the idea and think it could be turned in a little series of animations, which would also give me a reason to get familiar with another aspect of the creative softwear I am paying a subscription fee for and totally underusing at the moment. I’m thinking a little series on Vimeo or YouTube could work.

Here’s a little ‘poor boyfriend’ sketch for now. I’ve chosen a super simple style to make it easy to play around with the idea for a while before I settle on things like style, tone and mood.