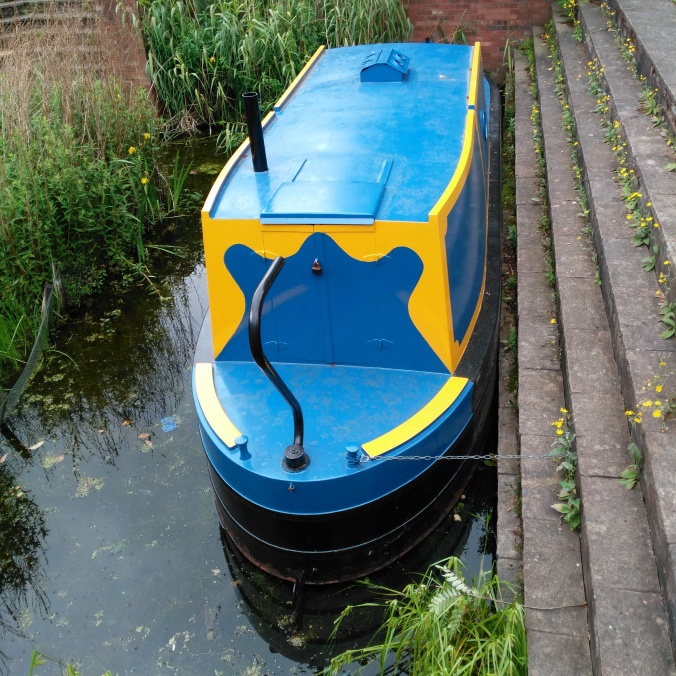 I am on a train back from Birmingham, UK where I have been staying for the last few days, both for work and for a little time away with the bf. We’ve had a great time. We’ve eaten several yummy veggie meals and wandered quietly around the canals.

Some people in London can be a bit sniffy about Birmingham, or anywhere that isn’t London for that matter, preferring to travel to exotic far flung places, or to Shoreditch. This is a shame, as this attitude can mean people miss out on seeing the many splendid intriguing little corners of the UK. In doing so we can miss out on a fuller understanding of this funny eccentric complicated little country of ours.

Birmingham it self is an interesting city. Vast areas of the city are being redeveloped giving it the sense of a city simultaneously undergoing deep decline and rapid renewal. In the middle of all of that there is also a strong sense of pride in the city’s industrial heritage. In particular the canal ways in the centre of Birmingham are still used and carefully tended.

I am particularly drawn to canals, and while walking around the Birmingham canals this weekend became aware of my own strange and growing enthusiasm for canal boats. We saw many beautifully maintained boats this weekend. I am particularly drawn the the materiality of the wood, the gloss and colour of the paint and the enforced slowness of this particular mode of travel. In busy times such as these it is often helpful to remember that it has not always been like this. It is helpful to remember there was a time when travelling between London and Birmingham on the calm still waters of the canals at 4 miles an hour was accepted as normal by many people, and not viewed as an odd holiday activity loved by British eccentrics.