On micro-pubs and kissing gates and playing in the woods

Things in Britain have been a bit grim, of late. As a people we have been subject to deeply irresponsible campaigning and stark poverty of leadership by our politicians which had led to a horrible legacy of resentment, snobbish accusations of ignorance and overt racism over the Brexit decision. This comes on the back of several years of not very covert persecuting the poor and the disabled. This is particularly cruel as it feels like years of (as yet very unfinished) work to rid ourselves of racism and prejudice have been swept aside as  old nastiness has been re-legitimised. I imagine that from the outside Britain at the moment looks like a cold, grey country where people on different sides of the debate throw verbal, or actual rocks at each other. It’s all very depressing, and can make it very difficult to recognise what, if anything, is great about us.

This is not helped by the fact that as a nation, the British are not really known for selling themselves well. We tend to be sceptical of positivity and suspicious of enthusiasm. Frankly we don’t actually like it that much when it’s sunny, we would rather a grey day which legitimises a good moan and a bit of black humour. It’s part of the national mind set to play down anything that looks like a good thing. But there are many good things about Britain. Last weekend I went home to visit my the Cotswolds and was reminded yet again of the shock of the sheer lush beauty of the British countryside in the summer. My boyfriend and I went for a walk in the woods and were promptly surrounded by vibrant green leaves, cheerful dogs out for a walk and a series of makeshift huts and campfires. Evidence of children playing in the woods. These are all things to be joyful about. 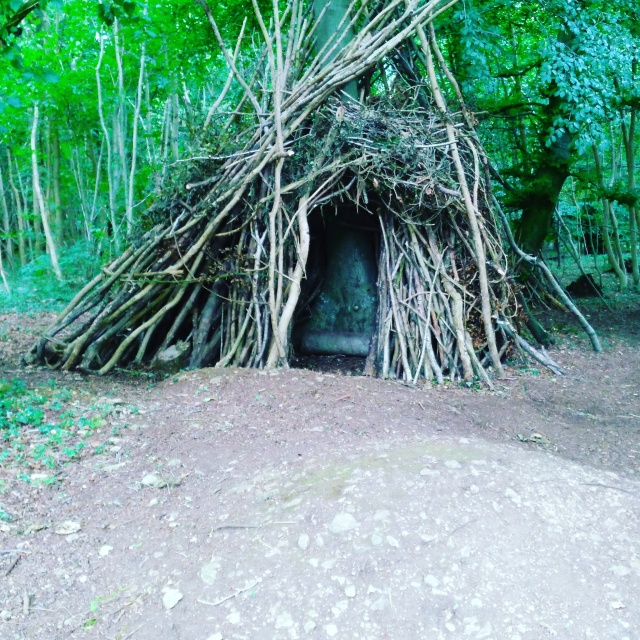 My boyfriend and I really like to do two things together; to walk in the countryside and to visit the micro-pubs that seem to be cropping up all over Kent. We will often plot a route that will take us through the countryside to end, conveniently, at a small town known to be the home of a micro-pub.

The micro-pub is a relatively new concept, or a very old one depending on your perspective. The idea seems to be to strip out all of the distractions you find in a larger commercial pub. Gone are the TV screens, gambling machines and loud music. In some of the pubs I have been in, like the Long Pond in Eltham, or the Penny Farthing in Crayford there is a restriction on using your mobile phone. This frees the environment completely for customers to enjoy their pint and the company of their friends (or a good book, should you prefer one). I have found every one I have been in so far to be welcoming, and the people who run them knowledgeable about their local beers and ciders. I thoroughly recommend this very British way of spending an evening.

On our way to the pub we will often walk on an official footpath which will take us away from the roads and into the woods or the fields. One of the great defining features of a British foot path is the Kissing Gate. I believed they were originally invented to prevent animals from straying onto land where they should not be, but they have the added function of preventing horses and cyclists from using some paths which means that now and again us walkers get to tread a little bit of countryside alone. They also mean that my boyfriend can playfully insist that we go no further down the path towards the pub without a little kiss. Or a long one, depending on our mood or our thirst.

For me these kissing gates, and these micro-pubs, are symbolic of the conflict within in the British character. We don’t like to be seen as too liberal in showing off our emotions. At the same time we build these funny little things into the fabric of our everyday lives that encourage a little playful affection, and a little moment to talk with our friends in a quiet corner.