Earlier this year I stumbled across a YouTube channel called Erica’s little Welsh garden which I like to dip in and out of on a semi consistent basis. My own attempts a gardening tend to be sporadic and poorly planned, but I have also gained great pleasure over the last few years as I have learned to grow a little bit of food. On her channel around Christmas time she spoke about having bought a bag of potatoes from bargain shelf at the local shop, and was planning to see how many potatoes she could grow in pots. At the end of the video she set a challenge for other people to join in, which became known as the #potatogrowingchallenge2021.

I didn’t exactly go out and buy a bag of potatoes, but as we accumulated a number of potatoes that were ‘on the turn’ in our potato basket I thought I would have a go myself. We had a number of large pots left over from our attempts the previous year to grow other things, and some peat free compost so popped a couple of potatoes in each pot with a generous amount of compost, and then put them outside. This was around February time, and the start of a long wait.

To my surprise they grew really well, despite being nobbled by some late frosts in April and May. My son and I finally turned out the pots a couple of weeks ago. I was delighted with the number of decent sized potatoes we got from this little experiment, and my son was delighted with running round the garden with handfuls of muddy potatoes and other beasties he found during the process. The final weigh in was 4 kilos of potatoes, which is pretty good for an experiment that didn’t cost us very much.

We have been eating boiled new potatoes with butter and sage from the garden this week as a family, and I am grateful to have been able to give this experiment at try.

Thank you for reading. I also write, make art and films. If you want to hear more about my writing projects please join my mailing list here. You can see my films at my YouTube channel here. You can see things with my designs on at my shop here. Could even treat yourself if you wanted to. Just saying. If buying art is not your thing, but you would like to support what you see I also have a Patreon Page here.

We have been in the house we are in at the moment for less than a year, and are still getting to know our garden. Earlier in the year we bought a poly tunnel and put it in the corner, but we found we had too many tomato plants so we put some out in the beds.

It was all a bit of an experiment, and it turned out that our tomatoes liked to be outside. We had almost no tomatoes from the plants in the poly tunnel, which I think doesn’t get nearly as much sun as we thought it would. The ones planted outside, however, took off during the hot spell we had in August.

We bought in our the tomatoes from our outside tomato plants last weekend as the weather is turning cold. Many of them are still green, so we’ll ripen them inside now. But Didn’t we get a good haul?

Thank you for reading. I also make art and films. You can see my films at my YouTube channel here. You can see things with my designs on at my shop here. Could even treat yourself if you wanted to. Just saying. If buying art is not your thing, but you would like to support what you see I also have a Patreon Page here.

A handful of veggies from the garden went into my dinner this evening. Looks like my evening watering sessions have paid off a little bit. 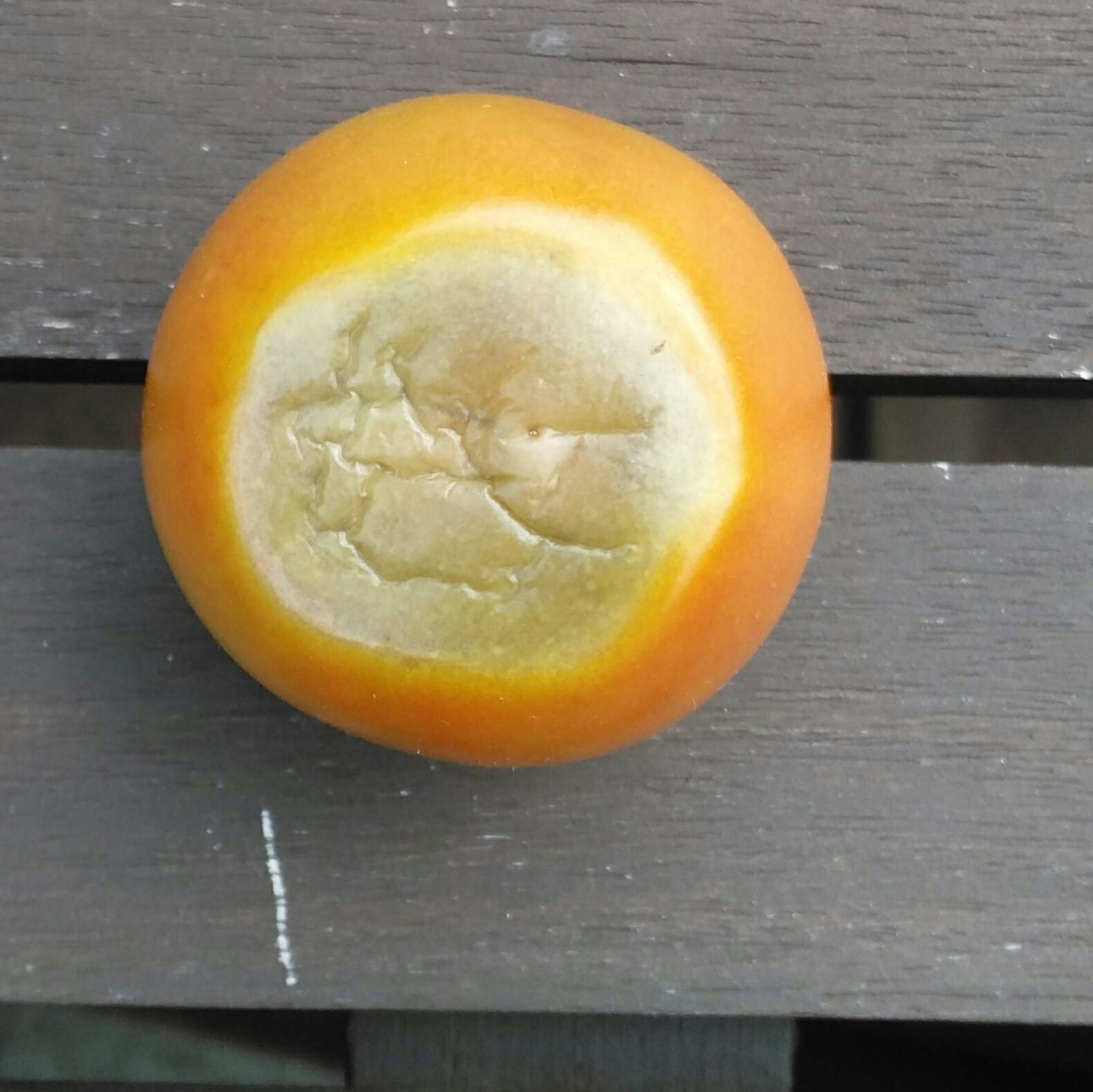 Blogger hive mind (the bits that know something about growing veg anyway), I need some help.

This has happened to quite a lot of my tomatoes. I am pretty new to growing things and I don’t know what this is.

Does anyone know what it is? Have I been inappropriately watering or is this a bug of some kind?

Does anyone know how i can stop it happening?

Our courgettes are blooming right now. 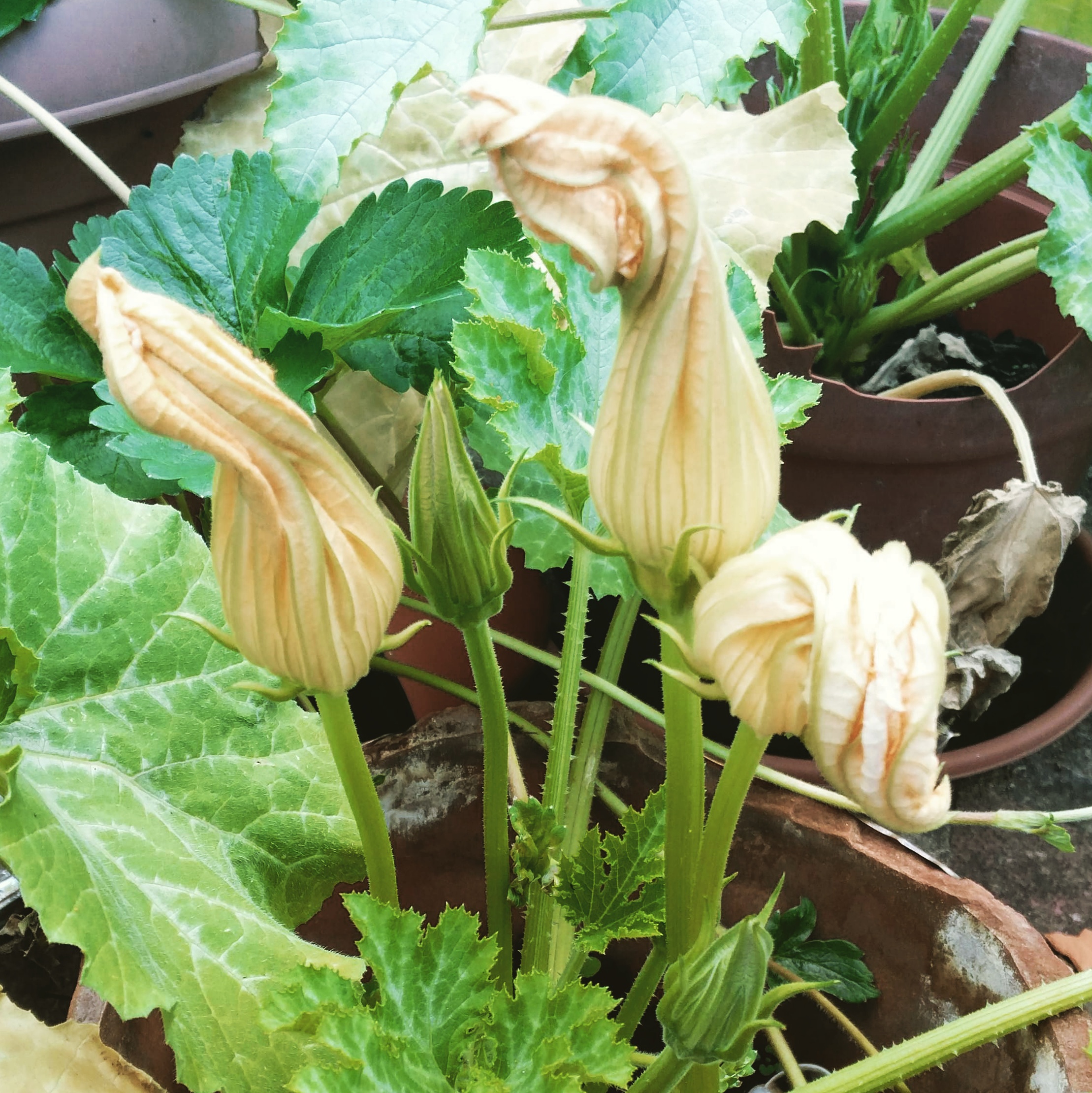 We even have one well on its way to the supper table.

The courgette keeps on growing with very little attention for me. We have had rain and sun this week and all I’ve needed to do is top up the moisture levels with a few watering cans of water now and again. We actually have six of these ladies busily gaining size and volume. If we are lucky and all of these plants go on to fruit we’ll be facing a bit of a glut later in the summer. This suits me well as my boyfriend is particularly skilled in making courgette chutney, this is something to look forwards too.

We’ve also got lucky with a few little tomato plants, which have self seeded themselves from plants we had last year. Luckily I am too lazy to do any serious weeding and so we now have four little tomato plants with very little investment in effort from my end. I have watched these little guys, day by day, sprout up first with curiosity and then with admiration as these tiny plants continue to grow and establish themselves.

For various reasons I have been thinking a lot about patience, and about how sometimes the best thing to do is to do nothing. A little careful watching and waiting can sometimes be more effective than knee jerk active responses in taking you to where you want to be, or even to somewhere you didn’t know you wanted to be, but are very pleased to arrive. In the last few weeks patience, or benign negligence, has filled my little garden with an abundance of natures blessings.

﻿Like any of the art work featured on this blog? You can now buy my stuff at Threadless, or at Redbubble.﻿

This is the courgette plant a week later. Look at it go! We’ve had a very sunny week and I’ve kept on top of the watering this week. Looks like my (minimal) efforts are paying off. I have six little plants now at various stages of growth, there is something very satisfying to see them flourishing like this. 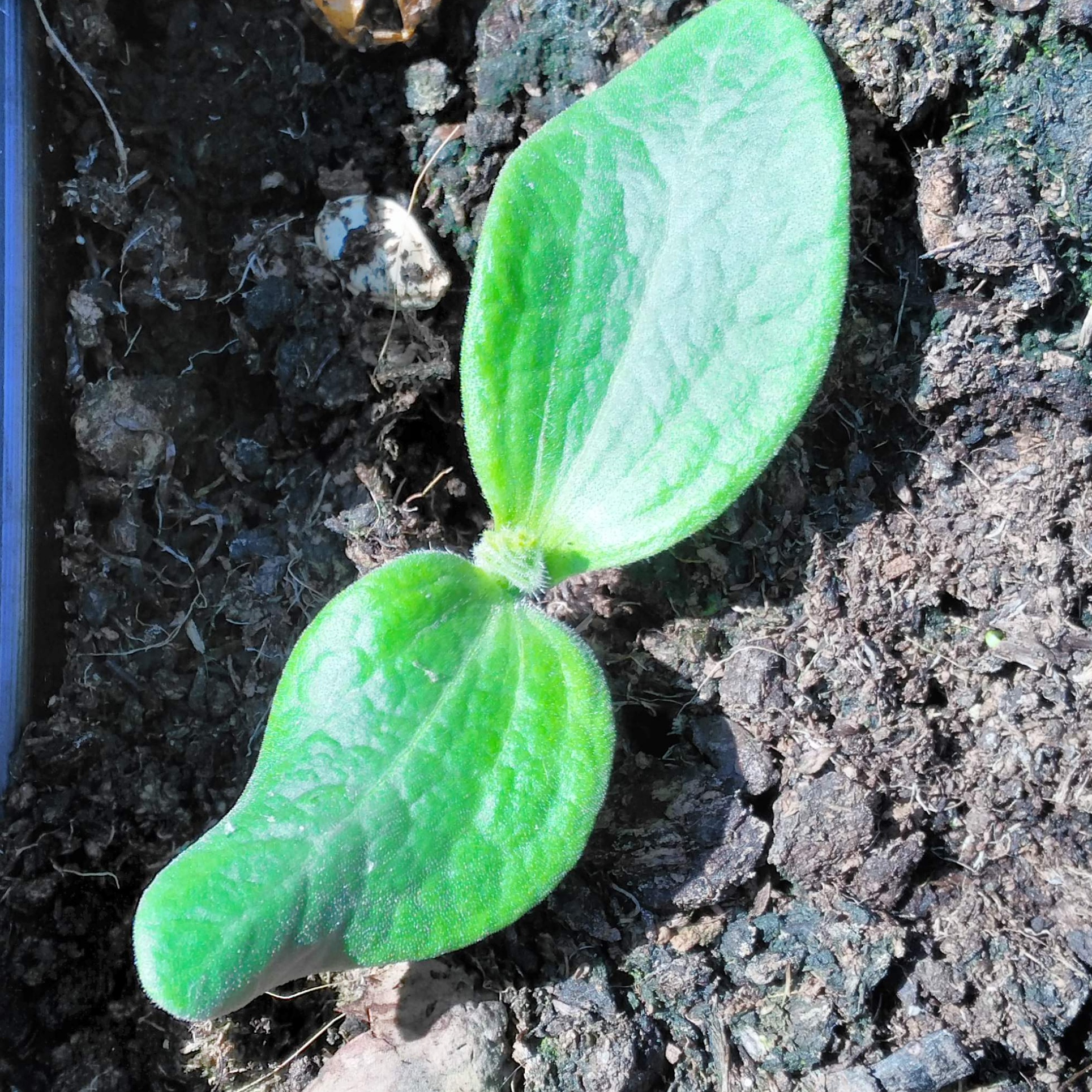 There have been some awful things happening in London in the last few weeks. I look at the news and each day seems to bring a new saddness. I have been luckily unaffected by all that has happened, but am so aware that many people living in my city have been affected and I think of them. I’m not going to write about in ins and outs of what has happened, because there are so many more eloquent voices than mine doing so. I struggle at the moment to really put into words what I feel about it all.

Amongst all of the awfulness I do feel it is important to take notice of moments of light. I stepped out in the garden this morning and found this beauty. We put courgette seeds in this year a bit later than is ideal, but thought we would pop a few seeds in to the soil to see how we would get on. Two week later and we have been rewarded.